From Washington, D.C to the middle of Texas, Alex Zielinski’s name is stitched into the fabric of newsrooms all across the United States.

With a childhood love for writing and the flicker of excitement she felt around crafting nonfiction stories, it wasn’t a shock when Zielinski pursued a bachelor of journalism from the University of Oregon.

“I’ve always had an interest in being able to jst ask strangers questions and they are obligated to answer me and just have conversations that pique my interest,” she said.

While a student, Zielinski reported for the student-led newspaper, The Daily Emerald, and interned with the local Eugene Weekly. But between her junior and senior years, Zielinski wanted to push the envelope and pursue journalism in a more professional setting. Soon after, she received the notice that she was selected for the 2010 cohort of the Snowden internship program.

“At the time I wasn’t exactly sure what type of journalist I wanted to be and I wanted to have that hands-on experience that Snowden offered,” Zielinski said.

At first, Zielinski panicked a bit when she discovered she would spend the next ten weeks in the East Oregonian newsroom. When she was first applying for the internship, Zielinski imagined herself in a newsroom like the Oregonian or Register Guard —somewhere in a big city.

“I thought: ‘I don’t know if I’m going to do this. I have a boyfriend in Eugene and my life is here. I don’t want to go to this random town’,” she said. “But I’m really grateful that I was convinced by my mom and friends because it was totally a risk worth taking and honestly so grateful I didn’t end up in Eugene.”

So, Zielinski made the nearly five-hour drive to Pendleton to start the next chapter of her life. During her internship, Zielinski reported on stories from the annual Pendelton round-up rodeo to documenting the relationship of young girls and elders in the Confederated Tribes of the Umatilla during a huckleberry picking celebration.

“A lot of my most impactful experiences are just being a fly on the wall for this small community. Every story that was foreign to me was really fun,” she said.

During the internship, Zielinski said she learned the foundation of what it means to be dropped into a community and build roots.

“I think Snowden was a great experience for just learning to be an adult in the work and having the confidence to go and pick myself up and try new experiences. I’ve learned how to embed myself in communities,” she said. “I think also one of the most important lessons that I learned while an intern is to keep learning and be comfortable asking questions that might make me look stupid.”

After returning to the University of Oregon and graduating, Zielinski found herself in the middle of an economic downturn and had to be savvy. She freelanced and interned with a couple of local media companies before landing a fellowship with The Atlantic in Washington D.C. From there, she worked for Think Progress, reporting about health issues from across the U.S, before landing a news reporter and editor position for the San Antonio Current.

In 2018, while still in Texas, Zielinski saw an opening for a news editor position at the Portland Mercury.
“I just felt like the stars were aligned and it was time to go back to a place that I was familiar with,” she said.

Looking back at her internship and career thus far, Zielinski advises anyone interested in the Snowden program to apply.

“I learned so much more about what I liked in journalism and what I didn’t. I learned where I wanted to go,” she said. “I got real-hands on experience with my fast paced, whirlwind newsroom and just hitting the ground running and learning. I think that’s a really impactful experience for anyone.” 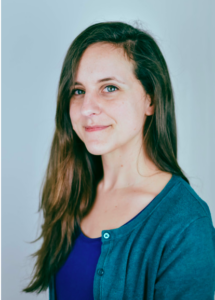