The Charles Snowden Program for Excellence in Journalism was a brand new program when Rob Moseley submitted his application.

It was the summer of 1999, and Moseley, a recent graduate of the University of Oregon, had barely walked across his graduating stage, flashing his degree in journalism, joined the team at the Bend Bulletin as an intern.

“I wanted some professional experience and a taste of a different newsroom in a community I wasn’t familiar with,” he said.

Sports always had a gravitational pull towards the recent graduate, and with a desire to walk into a job at a newspaper, Moseley figured the internship program would help carve out a few steps.

“I say it all the time — journalism is vital to a healthy democracy and we need people that are interested in journalism for the sake of the journalism but I definitely had a huge pull to being around sports and being a sports journalist. I admired athletes and the way sports brought people together,” he said.

The Snowden internship stretched Moseley’s abilities and experience of what he could report on in sports. The ten weeks also challenged him. Before the internship, Moseley was a reporter for the Daily Emerald, the University of Oregon’s student-led newspaper covering football, men’s basketball, and volleyball.

“It was a true community journalism experience,” he said. “Unlike anything that I’d been exposed to before that.”

Moseley pocketed story after story into his portfolio, from rodeos to motocross racing. And after the ten weeks, he said he felt like he not only understood more about sports but had a better depth perception of people.

“(My time) really broadened my experience of sports and people because of what I was covering,” Moseley said.

Once his internship was up, Moseley moved back to Eugene and traded in his Bend Bulletin press pass for one of the Register-Guard. He began a part-time gig with the newspaper, which quickly turned into a full-time position as a copy editor and reporter for the sports desk.

In 2013, Moseley changed his career path and took a position with the communications office at the University of Oregon. He works as the Editor in Chief for all Oregon athletics.

“I’m still writing about sports, games, athletes, but certainly from a much different point of view and perspective than a newspaper,” said Moseley.

Moseley’s words have also been transferred over to books. In 2007, he wrote Game Day: Oregon Football, which documented notable players, coaches, and games throughout the University of Oregon’s history. Two years later, he also wrote “What it Means to be a Duck”, which profiles players with notable reputations for the university’s football history.

“I (reported) a lot which was pretty foregin to me. But after I felt like I had the tools to learn the nuts and bolts on the fly. To be able to tell a compelling story because ultimately, journalism is writing about people doing cool things and I felt like I could do that even if I didn’t speak the language of their sport fluidly.”

Despite pursuing a different string of the communications web, Moseley said programs like Snowden are beneficial to remind people of the importance of local journalism in our society.

“None of us, including me, enter (journalism) to get wealthy. You’re doing it because you have a passion for telling stories and because there’s a legitimate public that you’re helping. So I think (young journalists) should always find ways to foster that and remind yourselves of that point,” said Moseley. “Don’t get discouraged because it may not feel like the most rewarding profession because a career in journalism is certainly worthy.” 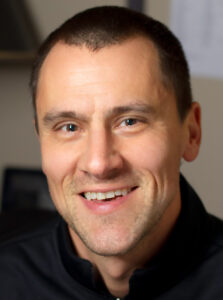